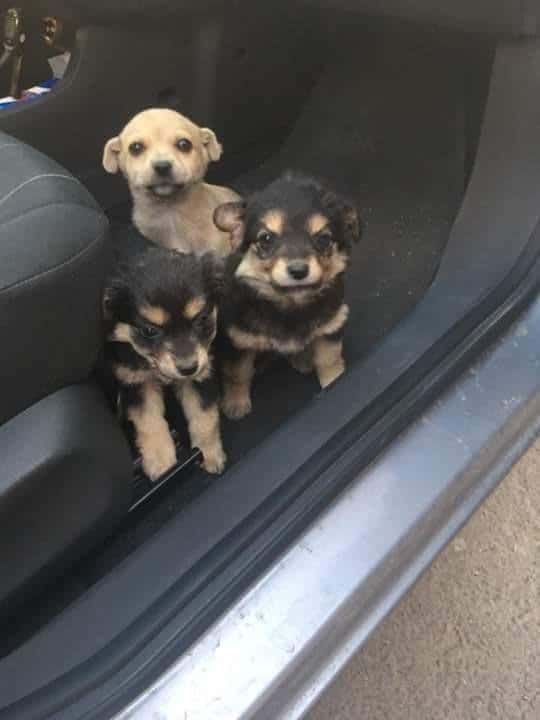 Every day people make the news for rescuing animals that have been abandoned on the side of the road. They can’t understand why people would want to do that to them, but they have the kindness in their hearts to help the animals in their time of need. One man was driving along a highway when he noticed something when looking out the window and he knew he had to rescue them. It is something that most people wouldn’t have thought about doing, but he did.

The man in question was Andre Matei, who was driving back home after visiting his girlfriend. As he was travelling along the highway, he noticed something dart across in front of him, but it was too quick to see what it was. He decided to slow down enough that he could avoid hitting whatever it was, not wanting to harm them. However, once he had driven by, he saw two more of the creatures run across. It was then that he realized it was three puppies that had crossed the road.

Matei explained what he did when he noticed them, “I immediately braked and stopped the car, and started going backwards. I went out of the car and there were three puppies, jumping on my leg and very happy. They did not have any idea that they were one inch close to death.” It was clear that the sweet puppies were relieved to find a human that was going to help them, but it was unsure how long they had been stuck on the highway.

When Matei found them, he wasn’t sure what to do, but he knew he couldn’t leave them behind. They were too friendly and wanted to play with him, and Matei knew it would have been cruel to leave them alone. Instead, he picked them up and took them inside the car with him before he continued with his drive back home. Surprisingly, the three puppies were very well behaved on the drive home. 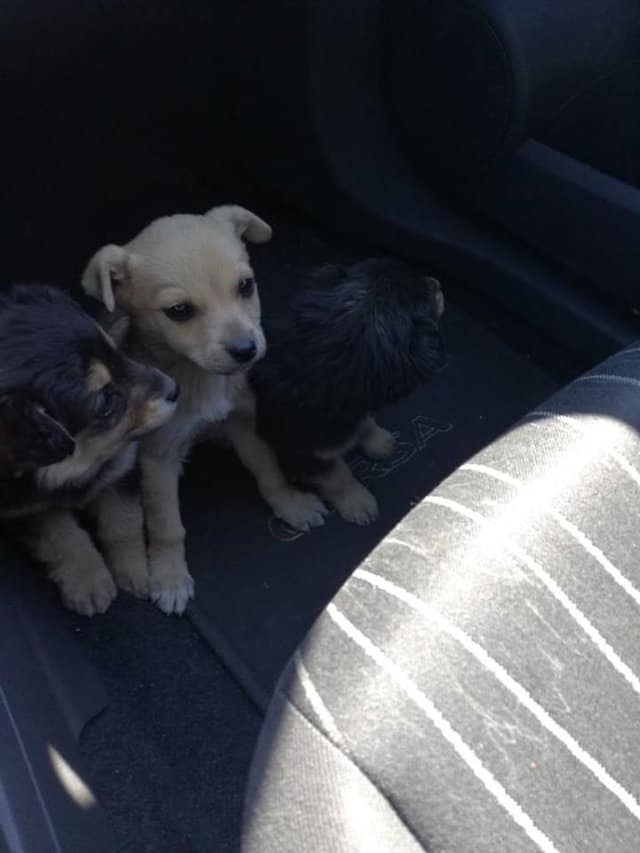 Matei posted photos on his Facebook during the trip, showing them sitting together before lying down to have a nap after the frightening experience. 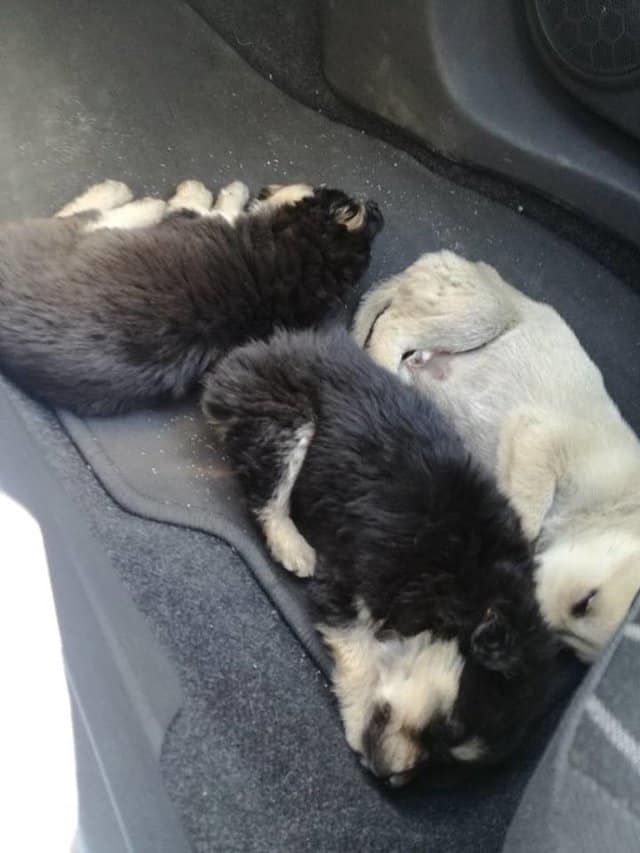 One of his friends commented on the pictures and mentioned that Matei should contact their neighbour who had experience with rescuing animals. After Matei talked to the woman and explained what had happened, she offered to help and met him at their local vet, where the puppies could be checked out. 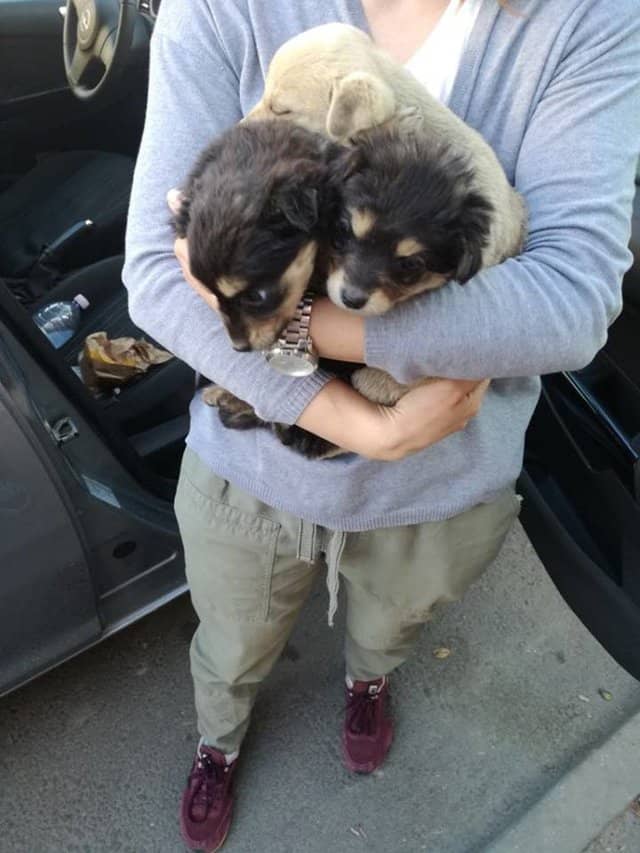 While at the vet, it was determined that the sweet puppies were only four to five weeks old and all of them had fleas. Luckily, that was the worst of it as they were in good health considering what had happened. They all came to the conclusion that the puppies had been abandoned, but they were lucky that a caring man was driving by at the time.

Speaking of what happened afterwards, Matei said, “I left after with her promise that all the pups will be fine and that she will take care finding them new homes. I checked after one week on her Facebook page and all the pups were with their new families, safe and happy.” It is always uplifting to hear stories like this and realize that there are incredible people out there in the world.