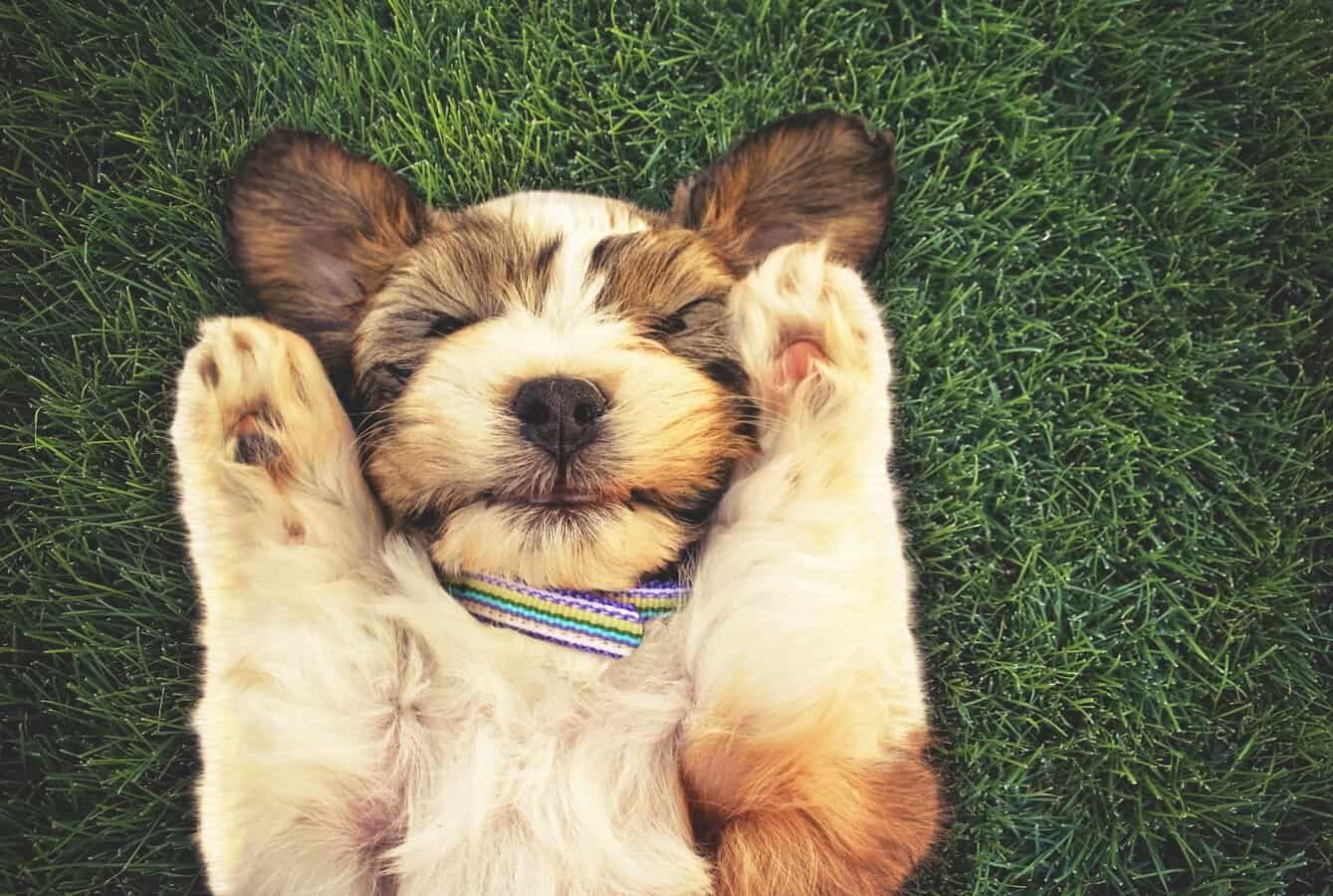 Pekingese dogs are already small, but teacup Pekingese are even tinier. Standing at only six to nine inches tall and weighing four pounds or less, these pint-sized pups are truly miniatures. These tiny dogs are easily recognized by their long, dense coat, wide-set eyes and flat-nosed face. These puppies are fragile and require special care. They are not suited for homes with small children or other pets that might accidentally hurt them.

Because they are so small, teacup Pekingese have a higher risk of health problems than their larger counterparts. Some common issues include respiratory difficulties, heart abnormalities, and joint problems. So, if you’re considering a puppy, be prepared for some extra veterinary bills down the road.

About the Pekingese Dog Breed

The Pekingese, also known as the “lion dog”, is an ancient breed of toy dog originating in China. The breed was favored by the Chinese Imperial Court and its name derives from the city of Peking (now Beijing). The Pekingese has a loyal and affectionate nature, making them excellent companion dogs. They can be stubborn and headstrong at times, but their loving personality shines through.

Pekes are known for their bold and independent personalities. They can be aloof and even aggressive towards strangers, but are devoted and loving to their owners. This breed is not recommended for families with small children, as they may be snappy or nippy.

Pekingese are relatively low-maintenance dogs when it comes to grooming, but they require daily brushing to prevent mats and tangles in their long hair. This breed is also prone to teeth problems, so regular dental care is important.

The sleeve Pekingese is a small breed of dog that originated in China. These dogs were originally bred as companions for Chinese royalty and were often carried around in the sleeves of their robes. The breed eventually made its way to England where they became popular pets among the upper class. Today, sleeve Pekingese are still relatively rare, but they make loyal and loving companions. Sleeve Pekingese dogs are also known as miniature or teacup Pekingese.

The Pekingese was brought to England in 1860 by British soldiers who looted the Imperial Palace during the Second Opium War. Today, the Pekingese is a popular companion animal and can be found in homes all over the world.

A teacup Pekingese is a very small dog breed that typically weighs between 4 and 6 pounds when fully grown. They are known for their docile and affectionate nature, making them excellent companion dogs. Despite their small size, they are relatively hardy dogs that can live for up to 15 years with proper care.

Because of their small size, they are not well suited for homes with small children or other pets. They can be easily injured by rough play or getting accidentally stepped on.

A teacup Pekingese is a very small dog, usually weighing between 3 and 6 pounds. They are one of the smallest breeds of dogs. Teacup Pekingese is not a recognized breed by any major kennel club, but are recognized by some smaller clubs. The term “teacup” is used to describe a dog that is smaller than average, and these dogs certainly fit that description!

Like all dogs, a teacup Pekingese needs plenty of exercise to stay healthy and happy. A daily walk or play session is a great way to keep your dog active. They not for everyone, but if you are looking for a tiny companion, they may be the perfect breed for you!

Despite their tiny stature, these dogs are very bold and have a lot of personality. They are also known for being very loyal to their family and can be quite protective of them. However, they can also be quite independent and stubborn, which can make training them difficult. Overall, the teacup Pekingese is a spunky little dog that makes a great companion for those who are willing to put in the time to train them properly.

They are slightly longer than they are tall, with a compact body and short legs. The coat is long, straight, and dense, with a mane around the neck and shoulders. The most common colors are black and white, but they can also be found in brown and cream.

The Pekingese has a long, dense coat that can be found in a variety of colors, including black, white, brown, and cream. The most popular color is the red Pekingese, which has a coat that is either all red or red with white markings.

Teacup Pekingese are one of the most popular dogs in the world and their unique coloring is part of what makes them so special. While the traditional colors for this breed are black and white, there has been a recent trend toward more unusual colors like blue and cream. Some breeders even offer “rare” colors like lavender or chocolate.

The black teacup Pekingese is a beautiful and regal-looking dog.

The Pekingese and Poodle mix, also known as a Peekapoo (sometimes Pekeapoo), is a hybrid created by breeding a Pekingese with a Poodle. This breed of dog is not recognized by the American Kennel Club, but is recognized by the International Canine Association and the United Kennel Club. The Peekapoo is a small to medium sized dog that typically weighs between 10 and 20 pounds. They have a lifespan of 12 to 15 years and are considered to be low shedding dogs.

This hybrid breed inherits some of the best traits from both parent breeds. They are intelligent like the Poodle and make great watchdogs like the Pekingese. They are also loyal and affectionate dogs that make great companion animals. Pekeapoos do well in apartments or homes with small yards since they do not require much exercise.

The teacup Pekeapoo is the smaller version of this hybrid. If you’re looking for a pint-sized pup to add to your family, you may be consider the teacup Pekeapoo. These dogs are the smallest members of the Pekingese breed, and they’re absolutely adorable.

Nicknamed Shinese, the mix is a cross between a Pekingese and a Shih Tzu. These dogs are small, loving, and make great companion animals. They are also low-shedding, which makes them ideal for people with allergies. Pekingese-Shih Tzus are outgoing and friendly, but can be a bit stubborn at times. Training them early on is important to ensure they grow into well-behaved adults. With proper care and training, Pekingese-Shih Tzus make wonderful additions to any family.

The teacup Pekingese-Chihuahua mix is a tiny, affectionate dog that loves to be around people. They are one of the most popular breeds in the world and are known for their loyalty and loving nature.

These dogs are not for everyone though, as they require a lot of care and attention. They are also very fragile, so if you’re looking for a dog that can go on long walks or play fetch with you for hours, this isn’t the breed for you. But if you’re willing to put in the time and effort to take care of a teacup Peke-Chi mix, you’ll be rewarded with a lifetime of love and companionship.

Does the teacup Pekingese shed? 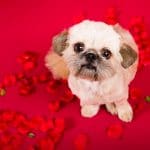 Yes, teacup Pekingese do shed. They are small dogs, but they still have the same amount of fur as a regular sized Pekingese. The only difference is that their fur is more dense and thick. They also have a higher metabolism which causes them to shed more often.

How much does a teacup Pekingese cost? 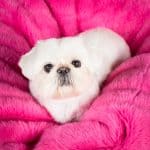 How big does a teacup Pekingese get? 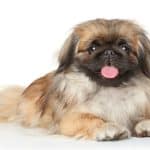 A teacup Pekingese will typically max out at around 6 inches in height and 3-6 pounds in weight. Some may be even smaller. The key difference between a teacup and a regular is that the teacup variety has been bred to be significantly smaller. This makes them much more fragile and prone to health problems.

How long do teacup Pekingese live? 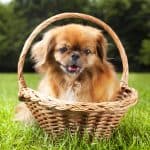 Teacup Pekingese are one of the smallest breeds of dogs, and they are also one of the shortest-lived. The average lifespan of a teacup Pekingese is only about 10 to 12 years. This is due to a number of factors, including their small size, which makes them susceptible to health problems. They are also more likely to be born with congenital defects than other breeds of dogs.

Can teacup Pekingese be left alone? 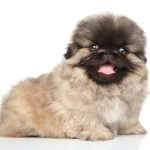 Many people think that the pint-sized dog can’t be left alone, but this isn’t necessarily true. While they may not like being left alone for long periods of time, they can certainly be left alone for short periods. The key is to make sure that they have plenty of toys and things to keep them occupied while you’re gone.
If you’re going to be gone for more than a few hours, it’s probably best to find someone who can check in on your teacup Pekingese periodically. This way, they’ll get the attention they need and won’t get too bored or lonely.