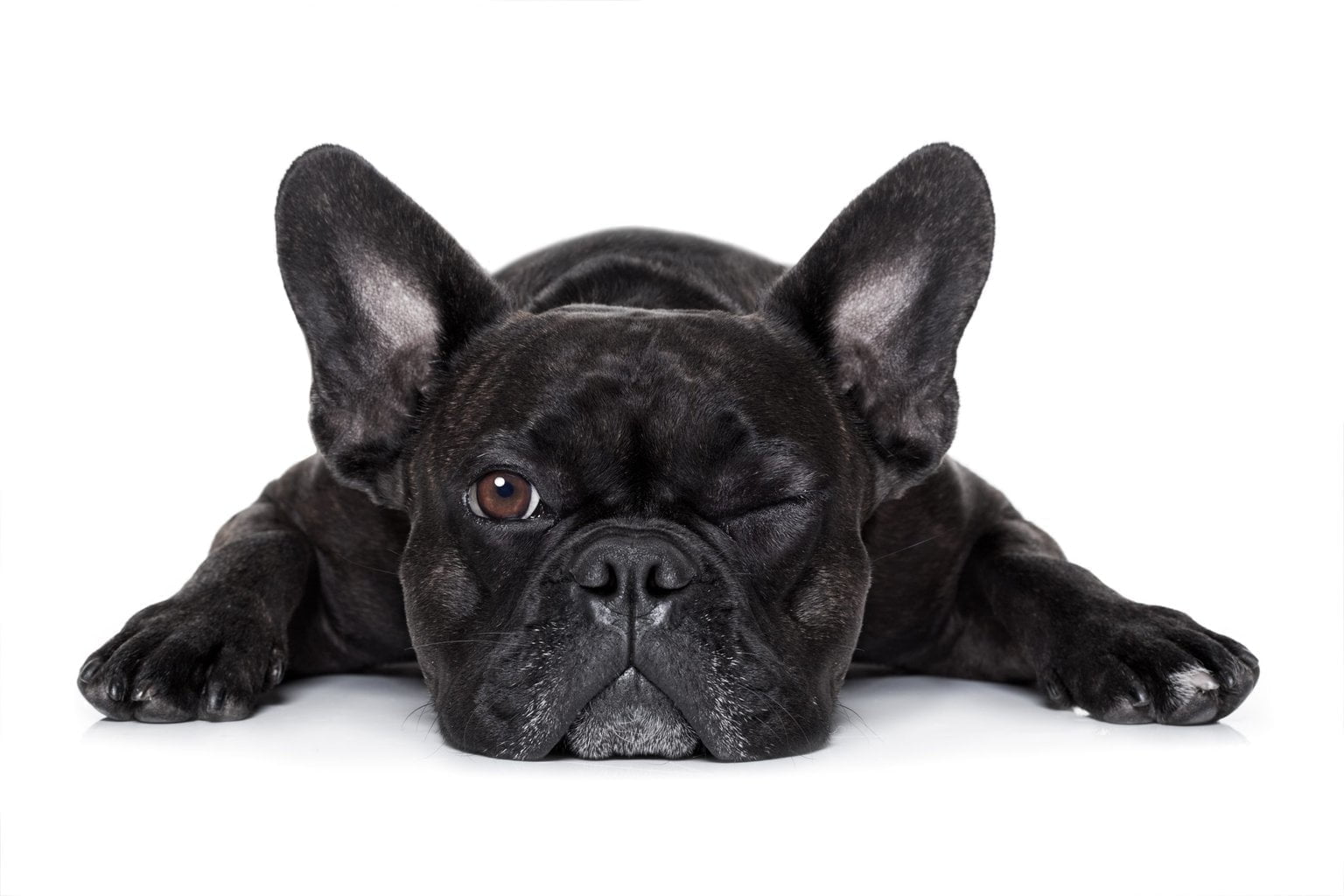 Who doesn’t love dogs? Dogs are sweet and affectionate, and they can be your best friend for years to come. There are many great dog breeds out there, and the French bulldog is one of them. If you want to check if a Black French Bulldog will be a good fit for you, we are here to help.

The French Bulldog (also called “Frenchie”) was actually first bred in England. This breed was created to be a toy version of the traditional English Bulldog. French Bulldogs are considered to be a non-sport breed since they are neither super active nor meant to be sporting dogs. They are muscular and short with very short noses.

French Bulldogs tend to be highly energetic when around people they love. They are very friendly and playful, but can get easily winded. They like to cuddle and snuggle, and enjoy spending time with their people. Since they are brachycephalic (the shape of the skull than typical dogs), they tend to snort and snore a lot and be a bit noisy when playing and even when sleeping.

Frenchies are fun but they can have a high prey drive. So if you have cats, you may want to introduce them slowly to keep your French Bulldog from trying to “hunt” their kitty siblings. They like to rest and relax, but they also enjoy the outdoors. They are a generally intelligent breed so they need constant mental stimulation to keep them from chewing your house up while you are gone.

Physical Traits of the French Bulldog

French Bulldogs have short legs and compact bodies. Their faces have an adorable, squished look, with a very short nose that contributes to their constant snorts and snores. The average French Bulldog is about 11 to 13 inches tall. They have a narrow, compact body that is normally not wider than about 8 inches.

They have docked tails and a distinctive wiggle when they walk. An average male weighs about 28 pounds on the heavy side. When overweight, Frenchies can have breathing issues. If you live in a humid area, you may notice that your Frenchie has trouble breathing. If it gets too hot or the air is too humid, you want to keep your furry friend inside so that it can breathe easily. Being front heavy also affects their ability to swim. People assume that all dogs can swim but French Bulldogs cannot. They should not be left alone near a pool where they might fall into the water and drown.

Now that you know a little about the breed, let us focus on the beautiful black French Bulldog.

A black French Bulldog is the rarest of coloring for this breed. They are generally black and white and do tend to be solid black far less often than other color variations.

There are a few different options when you seek out a black French Bulldog. Knowing about each variation will help you determine what you want, what might work best for you, and what fits within your budget.

These variations are extremely rare. Most of them are a combination of mostly black, paired with other colors or with spots of other colors. There are very few that are solid black with no other spots on them. If you have a black French bulldog puppy however, you cannot register it with the American Kennel Club (AKC) as black is not an accepted coat color for the breed standard. (The AKC can accept and register a Frenchie that is mostly black but not solid black.) They can cost up to $7,500 from a reputable breeder, but this price can change based on the parentage of the dog as well.

Though they may look like a Boston Terrier, these Frenchies have a slightly different facial structure and personality. They cost around $4,000 from a reputable breeder.

This is a less common color combination in French Bulldogs. These Frenchies tend to have mostly black bodies with tan coloring on the face, the chest and feet. Black and tan is a very charming color combo, and these dogs often have a mostly black body with tan stomach, tan noses and even little tan eyebrows that are precious. Puppies of this coat cost around $7,000.

This is a more common color among French Bulldogs. These variations often have a mainly brownish coat with spaces and streaks of other colors.

They are fairly common and do cost around $4,000 if you get them from a reputable breeder. Make sure that you get a breeder who knows the parents’ and the puppy’s breeding and health history.

Merle French Bulldogs are more difficult to find. They tend to be speckled, resembling a small cow. The color of the coat adds to the charm of this Frenchie. Puppies of this color generally cost about $7,500 from a great breeder.

Most registering entities accept merle as a standard color for French Bulldogs.

If you are thinking to get a black French Bulldog puppy, there are a few things to keep in mind. This breed requires a lot of attention. Frenchies need you to spend time and interact with them. They are a smart breed, so you need to keep them occupied to prevent boredom. Bored Frenchies may start to tear things up or get overly aggressive. They do not do well being left along for long. If you have a job that will keep you away from your French Bulldog for extended periods every day, you may need to hire a dog walker to help keep your bulldog occupied and exercised. Since they are a smart breed, you must spend a lot of time with your puppies to ensure that they grow up well-adjusted and well-behaved.

With that in mind, French Bulldogs are not overly aggressive, making them a great choice around kids and older people. They will defend their homes, but they will not bark so much and make a big ruckus. Because of these, French Bulldogs are great pets if you live in an apartment and if there are other people to consider in terms of your pet making noise.

French Bulldogs are notoriously stubborn. If you get a full-grown dog instead of a puppy, you may have behavior issues to deal with. These dogs are also prone to skin allergies. If you have a dog that is outside a lot, you may want to wash them or wipe down the skin when they come inside to make sure their skin does not get irritated.

The older the dog that you get, the more likely you are to have health issues to consider. This does not mean that they are not going to be a great fit. If you find a full grown dog that you love, you should certainly give it a chance.

With the help of a great breeder, you can find a black French Bulldog puppy that you are going to fall absolutely in love with. Price depends on the puppy’s lineage, background, and health. More common variations range from $4000 to $4,500 while rare ones are often around $7,000. They are fun, cute and a great option if you want a small dog with a huge personality. Black French Bulldogs are a great choice for those with families and those who are living alone.