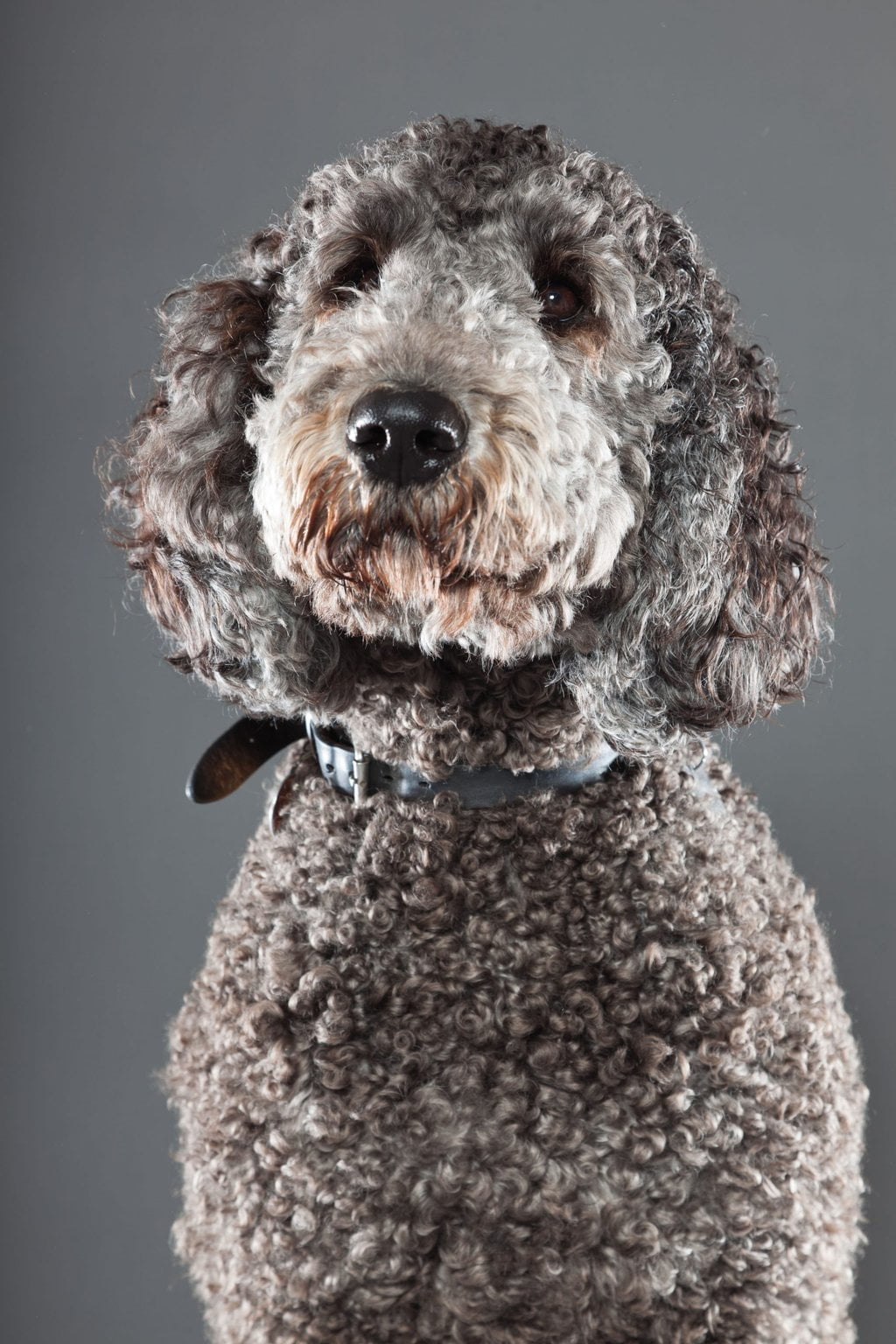 Labradoodles are great dogs, and Labradoodle puppies are the cutest. You probably already know that, which is why you are interested in finding out more about them, especially brindle Labradoodle puppies. There are many variations of colors and coat patterns for Labradoodles. While there are many common colors and patterns, some are also very rare. This article discusses the likelihood of the coat color changing over time and if it has any impact on their temperament. So let us jump in to find out more about the brindle Labradoodle.

Before we jump straight into the colors of a brindle Labradoodle, we will talk about some basic information about Labradoodles.

A Labradoodle is a hybrid mixture of a Labrador Retriever and a Poodle. They have many qualities of a happy Labrador Retriever, and like a Poodle, they shed very little. It is critical to understand that when combining two purebred dogs, it is difficult to predict the color and coat of Labradoodle puppies. These features are significantly impacted by genetics. You should know a little bit about the coat patterns and colors of their parents.

A brindle Labradoodle has a pattern all over its body. This pattern – alternating stripes of dark and light colors – looks similar to the stripes of a tiger.

Brindle Labradoodle puppies look the same as a full grown adults. They come in a wide variety of shades and colors, including chocolate, cream, tan, blues, and silver. What makes a bridle Labradoodle puppy distinct is the alternating stripes. You might see stripes on paws but not on the face. You may see one of the colors on your puppy’s nose and then the other color on the top of its head. For example, if you have a black and brown brindle puppy, its nose might be brown, and its head might be black. You can expect your puppy to need to be brushed at least twice a week.

A full grown adult Brindle Labradoodle has a single coat. Its range may be straight or have loose curls. An adult brindle Labradoodle may have one of three coat types. This coat type gives you an idea of how much your furry friend will shed.

It could have a hair coat, a wool coat, or a fleece coat. The hair coat sheds the most. This coat is not a popular one. This type of coat also has the typical dog odor to it. The wool coat is dense like lamb’s wool. This coat does not shed, and the coat has loose curls. The fleece coat is the most luxurious of all the coats. It is silky and can be straight or wavy.

You will not be able to determine what type of coat, high shedding or low shedding, a Labradoodle will have until it is at least three months old.

Yes, there is a blue Labradoodle. There is also a blue brindle Labradoodle. This Labradoodle is one of the rarer colors to find. If you do find this color Labradoodle, it is going to be on the expensive side because it is so rare.

They have a black coat when they are born, but it changes as they age. Their coat color begins to have a smoky blue or gray tone. The skin of these Labradoodles is actually pigmented blue or gray. You will see their coat change to match their skin in their first year. These Labradoodles have brown eyes, but there are some rare pups that have blue eyes.

The location of the breeder where you purchase your brindle Labradoodle will impact the price you pay. The further you go towards the West Coast, the more you can expect to pay for your puppy. The size of your brindle Labradoodle also makes a difference. The smaller the Labradoodle is means the harder it is to breed. A mini Doodle is going to cost almost twice as much as a standard size. Not only are they more difficult to breed, but they are in higher demand.

The coat color will significantly impact the price you pay. The more exotic the colors or patterns on your puppy, the more expensive it will be. You can find Labradoodles in more colors than you can Labrador Retrievers, which makes them more desirable. The harder the color is to find means the more it is wanted and the higher the price tag.

The type of coat your brindle Labradoodle pup also increases the cost. Wavy coat falls in the middle range between the heavy shedder and the super silky coat. Labradoodles with wavy coat are more popular and therefore more expensive. The catch here is that you will not know what kind of coat your brindle Labradoodle will have until it is 12 weeks old. An experienced breeder should have a fairly good idea about the color and coat of the dog.

Another factor that can drive up the cost of your brindle Labradoodle is the breeder. The more reputable your breeder and the more knowledge they possess, the higher the price of your pup will be. You must have faith in your breeder and trust what they are telling you about your puppy. You want to ensure that you select a breeder known for healthy and happy puppies. Yes, you will have to pay more, but you can feel secure about buying your puppy. 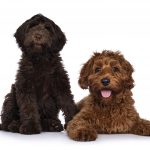 Brindle Labradoodles are not common, but they are not considered rare. Any Labradoodle with a pattern in its coat is considered to be rarer than a solid color coat. Despite this, a brindle is not the rarest color and coat pattern for a Labradoodle.

What is the rarest Labradoodle color? 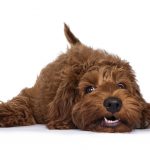 The rarest Labradoodle color is red. This color is darker than a gold Labradoodle. The color is similar to that of a red Irish Setter. Some call this coat color mahogany. To be considered a real red Labradoodle, they must have a black nose. The entire coat is red, and the hair is the same shade from base to tip.
A red Labradoodle looks like a teddy bear. However, it is hard to breed because red coloring is a recessive trait. This makes them challenging to find, so they are rare and expensive. Red is an official color for a Poodle or a Labrador Retriever, according to the American Kennel Club (AKC).

How much does a brindle Labradoodle cost? 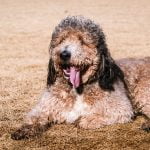