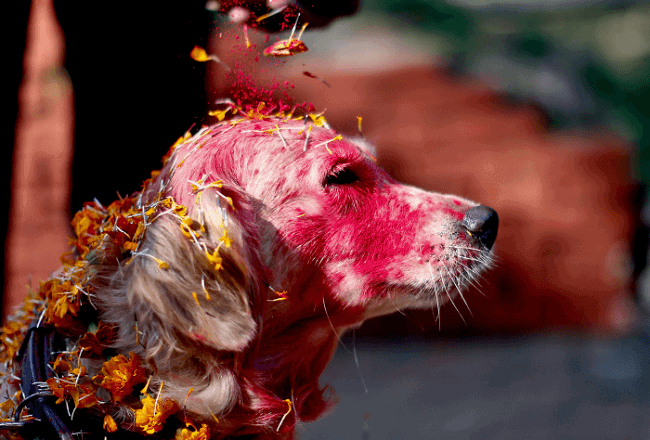 Every year, the Nepalese hold a five-day-long festival of lights called Tihar. The festival’s second day, Kukur Tihar, is all about dogs. This dog festival is a celebration of the deep bond between humans and our furry best friends.

Throughout Kukur Tihar, dogs are offered garlands, tika, and food to honor their special place in our lives. A wreath of flowers are hung around dogs’ necks as a symbol of respect. Their foreheads are also marked with a special red paste made from abir (a red powder), yoghurt, and grains of rice. Called a tika, this bright red mark symbolizes dogs’ sacred role in the religion. And finally, a variety of delicious food is offered as tribute. 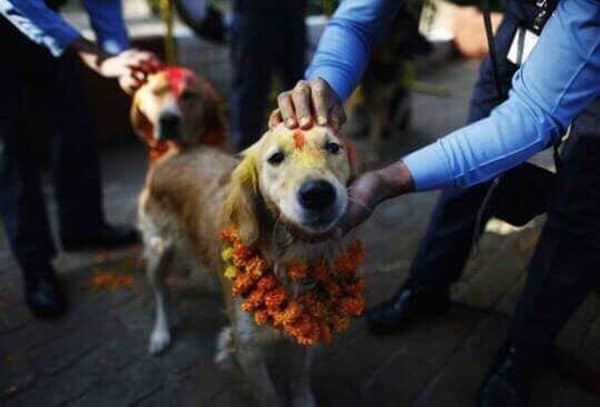 Dogs have an important place in Hinduism. It is said that, among other roles, a dog guards the gates of the afterlife and that Lord Kala Bhairava, one of the eight avatars of Lord Shiva, has a dog as a mount. 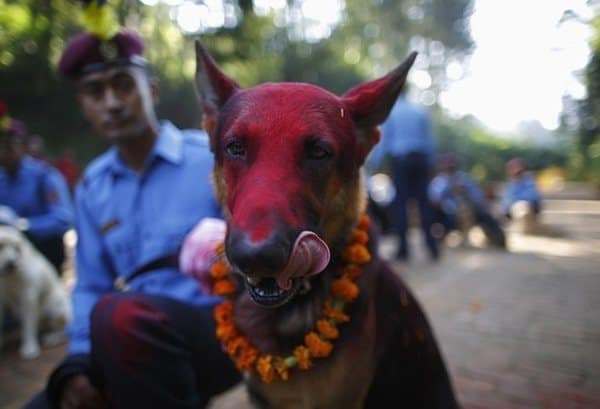 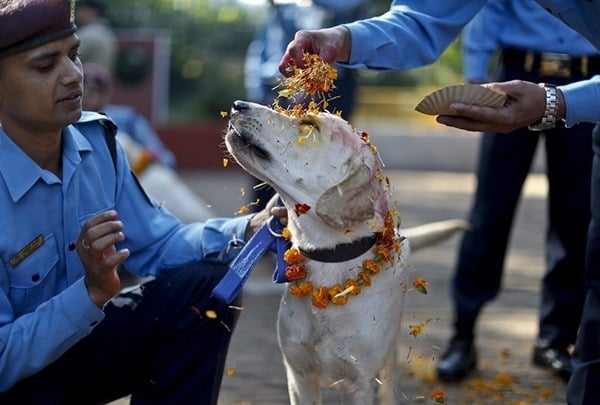