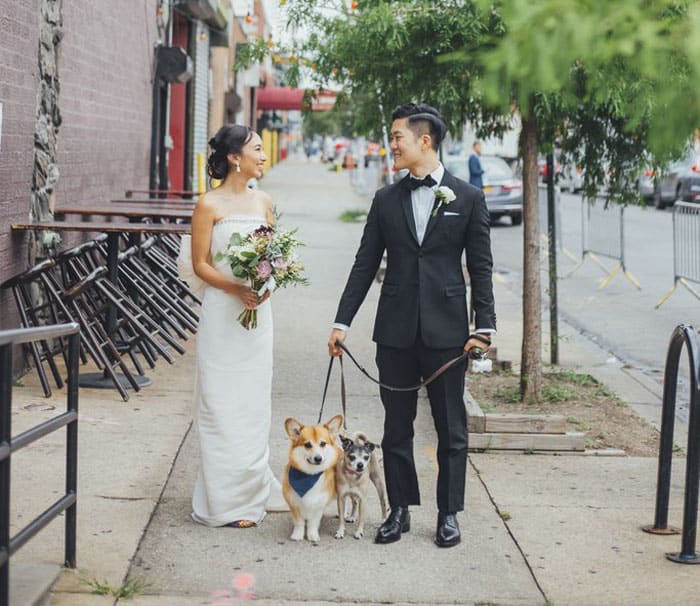 When you own a dog, they become a massive part of your life. They are always there to give you a kiss or a cuddle when you come back from work or the grocery store. In fact, some people find that they can’t go anywhere without their dog following them, even if that means going to the toilet as well. Our furry friends have so much love to give, so it isn’t surprising that people are wanting to include them in their weddings as well.

Getting married is one of the most important days in a couple’s relationship. All their family and friends are gathered to witness the happy occasion and party together afterwards. It would be wrong not to include their four-legged friends in the ceremony and some people are finding genius ways to incorporate them.

In the past, people have found imaginative ways to include their dogs in the wedding ceremony. Some people opt for something that is more traditional and have their dogs act as the ring bearer, with the rings tied around their collar. Others have had each set of groomsmen and bridesmaids walk down the aisle with a dog walking between them. If people weren’t already crying at the ceremony, they would be after seeing how adorable the dogs looked.

However, when Gil and Luna decided to get married, they wanted to do something a little different. 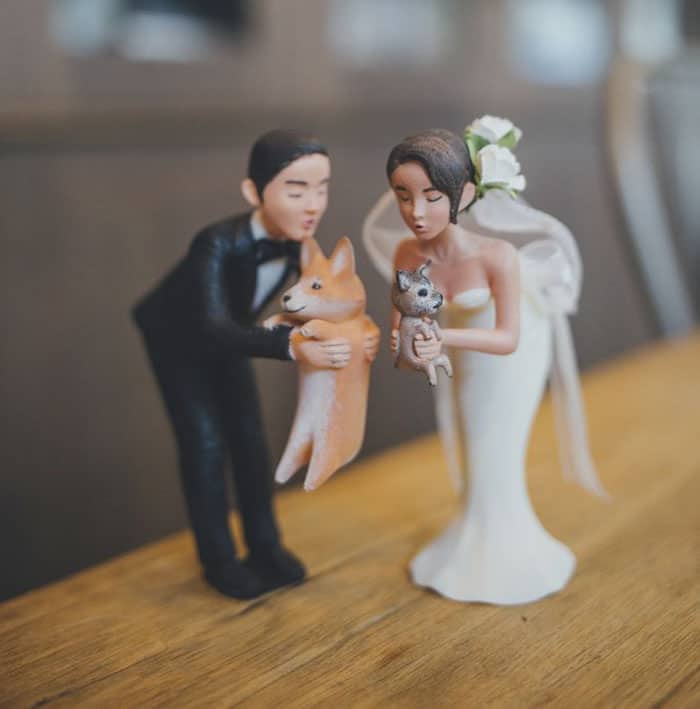 Gil and Luna own two dogs. Einstein is a 3-year-old Pembroke Welsh Corgi and Chimney is a 10-year-old Jack Russel and Pug mix. Not only did the happy couple take photos on the day with their dogs, they also decided to immortalise them as part of the cake toppers!

When most people have cake toppers made for their wedding cake, they opt for something funny, such as the bride taking control of the groom or both dancing funny. Instead, Gil and Luna had special ones made that showed them holding their dogs and blowing kisses towards them, which is just as adorable as it sounds. 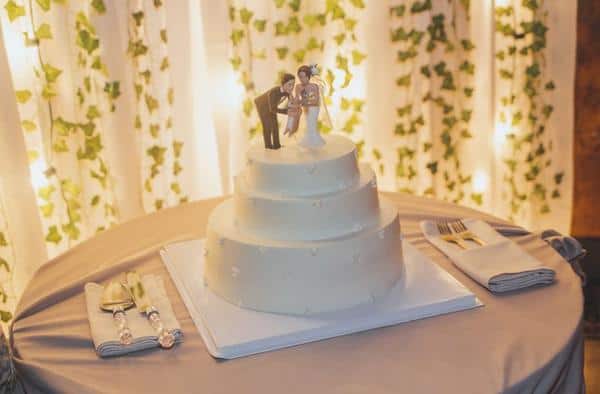 It seems that Gil and Luna aren’t the only ones that decided to incorporate their dogs into the wedding cake. The cake toppers are slowly becoming a trend that many other people are falling in love with. After all, we love our pets just as much as our spouses, so they should be involved too.

Some people have the cake designed so it looks as if the dog is peeking out from under the icing, and others even include little paw prints on the design of the cake made from icing. The popular option seems to be placing them on the top of the cake with the bride and groom, and it’s easy to see why because it is heart-warming.

So, don’t be surprised if you see more of this in the future because we have a feeling the trend is going to take off!